On a remote corner of Vancouver Island, an open pit copper mine abandoned in 1967 became the source of contamination for a historically rich aquatic habitat, the Tsolum River. A number of remediation efforts were attempted over the years, but high copper concentrations continued to affect the watershed, worsening with rainfall and seasonal melt.

Ultimately, the mine’s toxic, copper-bearing run off decimated entire fish populations, including Pacific pink salmon stocks, worth millions to the area. The Tsolum River Partnership was formed and in 2006, QM became part of a 10-year, multi-phased, multi-partnered solution to reverse the environmental damage.

Tonnes of pyrite-bearing waste rock left behind at the abandoned mine were the source of serious acid rock drainage and subsequent copper leaching into the watershed. To reclaim this five hectare site, where decades of remediation efforts had previously been unsuccessful, QM faced a complex challenge.

The project plan called for the reconfiguration of the natural drainage patterns of the site, located on the side of a mountain, and sealing off the open-pit to reduce the interaction between surface water flows and the copper bearing rock. Steep, poorly maintained roads required upgrading before work could begin, a crucial first step, since the lack of till cover in the area meant it would need to be imported from other sites further down the mountain. Severe weather conditions made the construction season short and difficult.

QM implemented a series of remediation efforts in three phases to isolate the subsurface, divert any runoff, and reduce the interaction between moisture and the waste rock, thereby stopping toxic copper from leaching into the river. 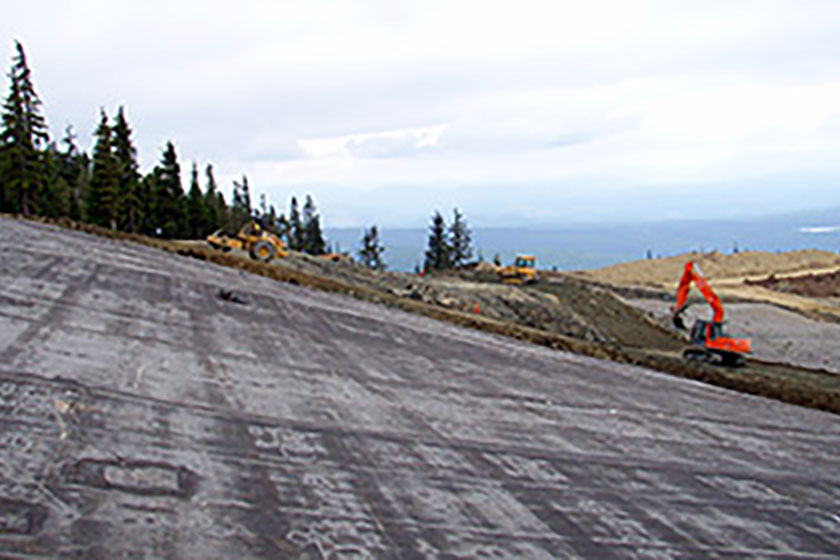 Client:
BC Ministry of Environment