Decades of neglect left this former uranium mine site in a dangerous state of decay. More than a mine site, in fact, Gunnar Mines was a community turned ghost town when in 1963, the mines shut down. The only attempted decommissioning was the blasting of a narrow trench between the mine and neighboring Lake Athabasca, which flooded the pit and its entire underground system. After filling this channel with waste rock three years later, responsibility for what remained was indeterminate. Crumbling infrastructure was the least of the risks.

To make the mine site safe while the ongoing planning process was undertaken. The derelict buildings that were deemed unsafe to the public on-site needed to be addressed immediately. This was due to the hazardous materials in the buildings, and the structural integrity of the buildings and building components.

Abandoned on the Surface

So remote an area, there were no direct highways to count on for easy access to the mine site. Instead, QM constructed an ice road to reach the mine site – a road that remained open for just two weeks until it was closed due to warming temperatures. The only way in or out was through barge or chartered plane on a runway that was maintained by QM. To prepare the site, 300 truckloads of equipment, supplies, and materials to complete the work were brought in during this narrow window.

Given the nature of the demolition, safety plans and procedures were paramount and established early. Old sumps were immediately filled in, overhead structures were removed, and barriers were built around open areas such as the pit itself. Dust suppression was used to keep the dust and debris at a minimum, further protecting the team and the area. During the entire project, all team members were closely monitored for radioactive doses in partnership with Health Canada. In addition to the regulatory requirements for the Health Canada dosimetry program, QM monitored the dose for employees, subcontractors, visitors, and client representatives in real time.

Working effectively with the seven communities, three First Nations and the Métis Nation of the Athabasca Basin were key to this project’s success and included local employment, subcontracting, and the procurement of goods and services. The QM team and the Aboriginal Relations Manager worked closely and collaboratively with the client and the communities throughout the life cycle of the project in establishing effective communications, building teams of onsite and in-community coordinators and liaisons, and building sound and effective relationships. As part of QM’s corporate commitment to Aboriginal Inclusion and Capacity Building over 100 individuals were trained in-community; an industry transferable curriculum and a program tailored to the scope of work that prepared individuals to safely and effectively work onsite. 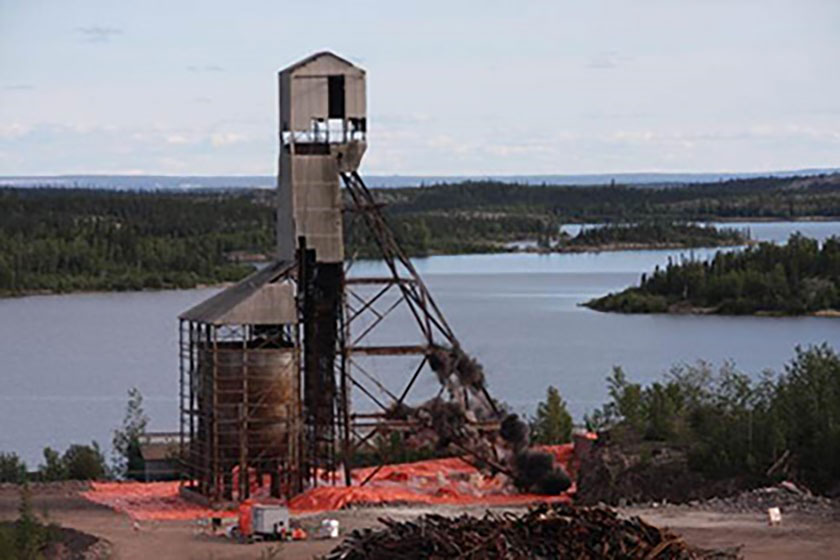