QM Environmental completed a site remediation and civil works project for the remote First Nation community of Hartley Bay located at the mouth of the inlet to Kitimat, BC. The multidisciplinary project had several stakeholders including the Hartley Bay Band Council, Aboriginal Affairs and Northern Development Canada as well as BC Hydro.

QM completed a remedial excavation of approximately 2,000 tonnes and drainage upgrades throughout this remote coastal First Nation community. The main excavation was situated on the foreshore area and extended to a depth of over three meters below the high tide level.

The project initially comprised of clearing, grubbing and base preparation, as well as the installation of a temporary generator for the community during the duration of the work.

Fuel lines were removed and replaced and approximately 3,500 tonnes of impacted soil were removed.

A new concrete foundation was constructed and, subsequently, the placement of a newly refurbished diesel generating station was completed along with associated civil works.

A construction environment management plan and an erosion and sediment control plan were prepared by the QM team given the sensitive adjacent marine environment.

The demolition phase include a complete demolition of an old former powerhouse and disposal of non-salvageable materials and general refuse from the solid waste collection overflow. 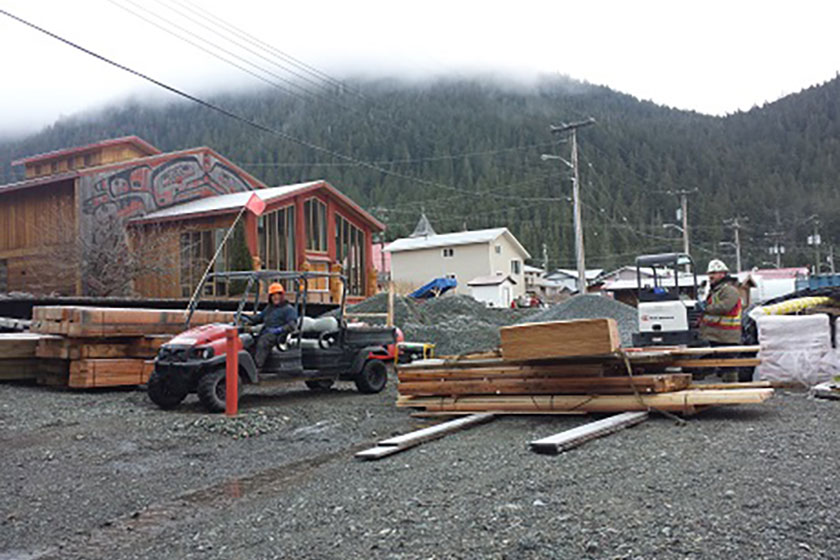