QM Environmental, through its Joint Venture, QM/JJM Contracting, was awarded a contract for the remediation and restoration of contaminated soil in an infilled area of Middle Harbour, at Laurel Point Park, Victoria in British Columbia. This $22 million cleanup was the final phase of Transport Canada’s comprehensive Middle Harbour Remediation Project to preserve the harbour and remove persistent contaminants from the ecosystem.

The 1.3-hectare park was the location of a filled area used as a former industrial site for manufacture of paint from approximately 1922 to 1972, resulting in the underlying soil to be filled with pollutants such as PCBs and metals that impact the local ecosystem. The project involves removing approximately 35,000 cubic metres of contaminated soil and replacing it with clean soil.

• Upland excavation was completed using 5 excavators with GPS enabled tracking, rock trucks, compactors, and marine equipment. The transfer of material required that a barge ramp be installed to allow marine transport of material to and from the Site.

• QM planned and executed this project in accordance with a strict environmental management plan. To minimise impacts from sediment laden water flushing into the ocean during tide cycles multiple layers of silt curtain, ranging from 1 to 4 m in depth were installed. 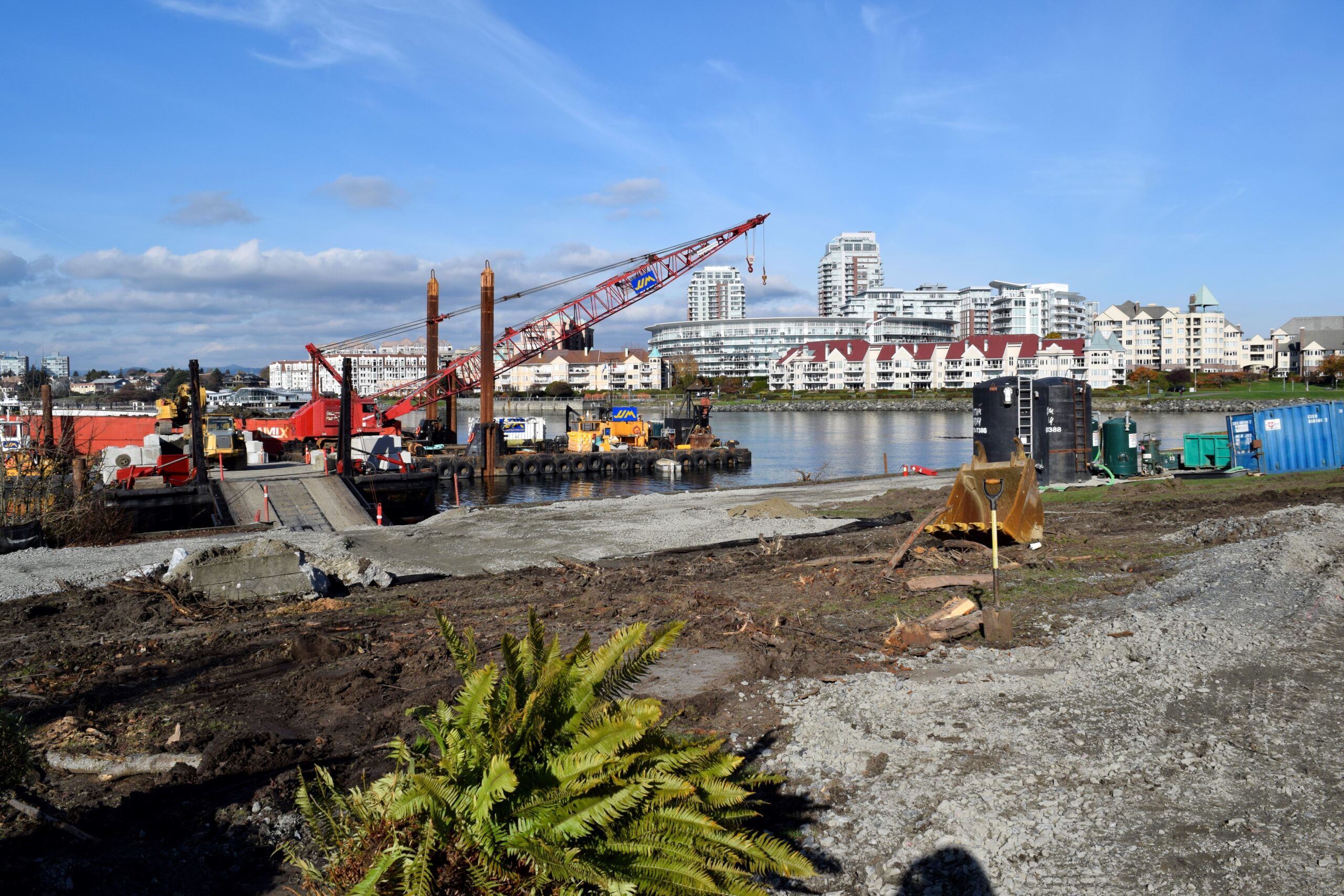 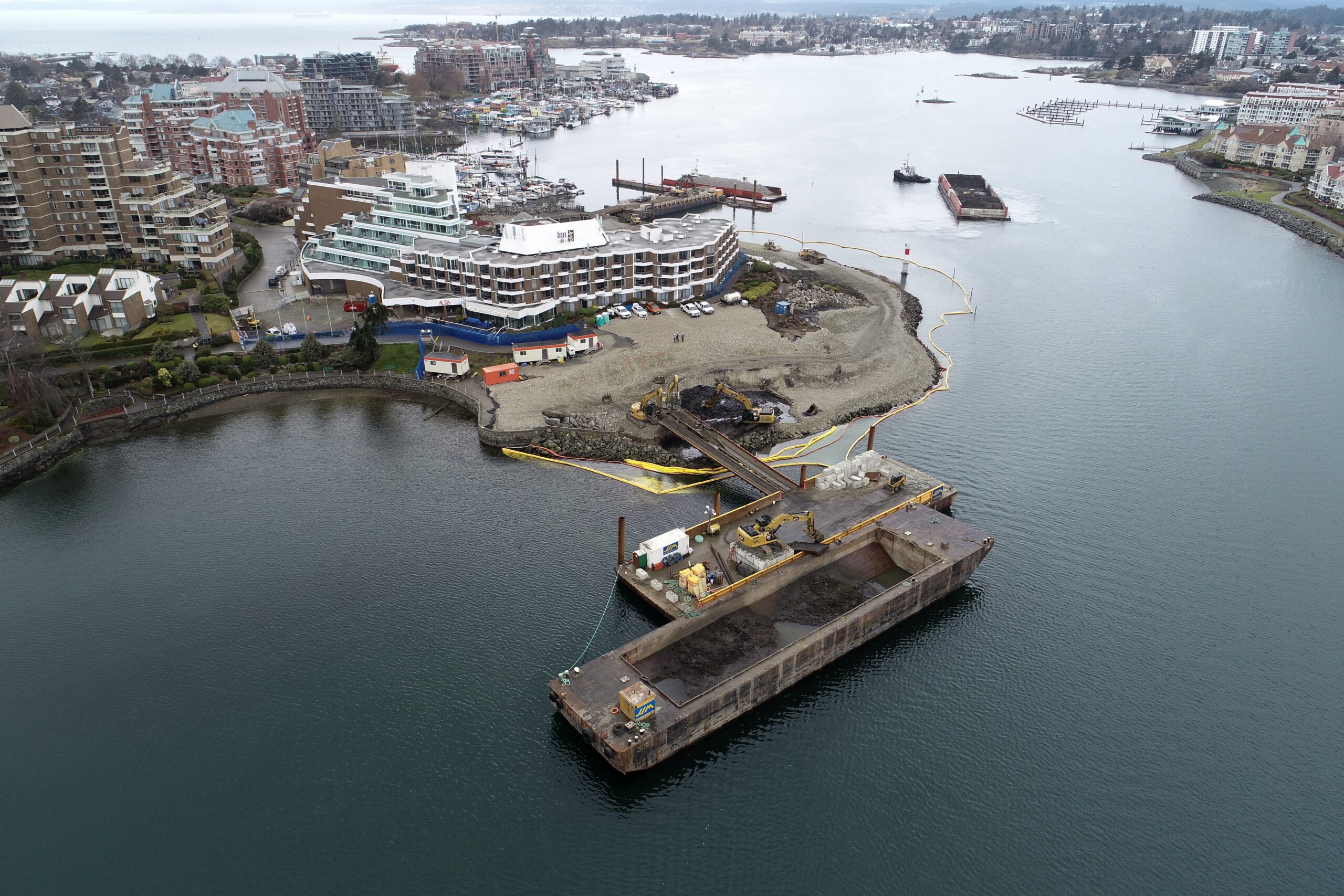 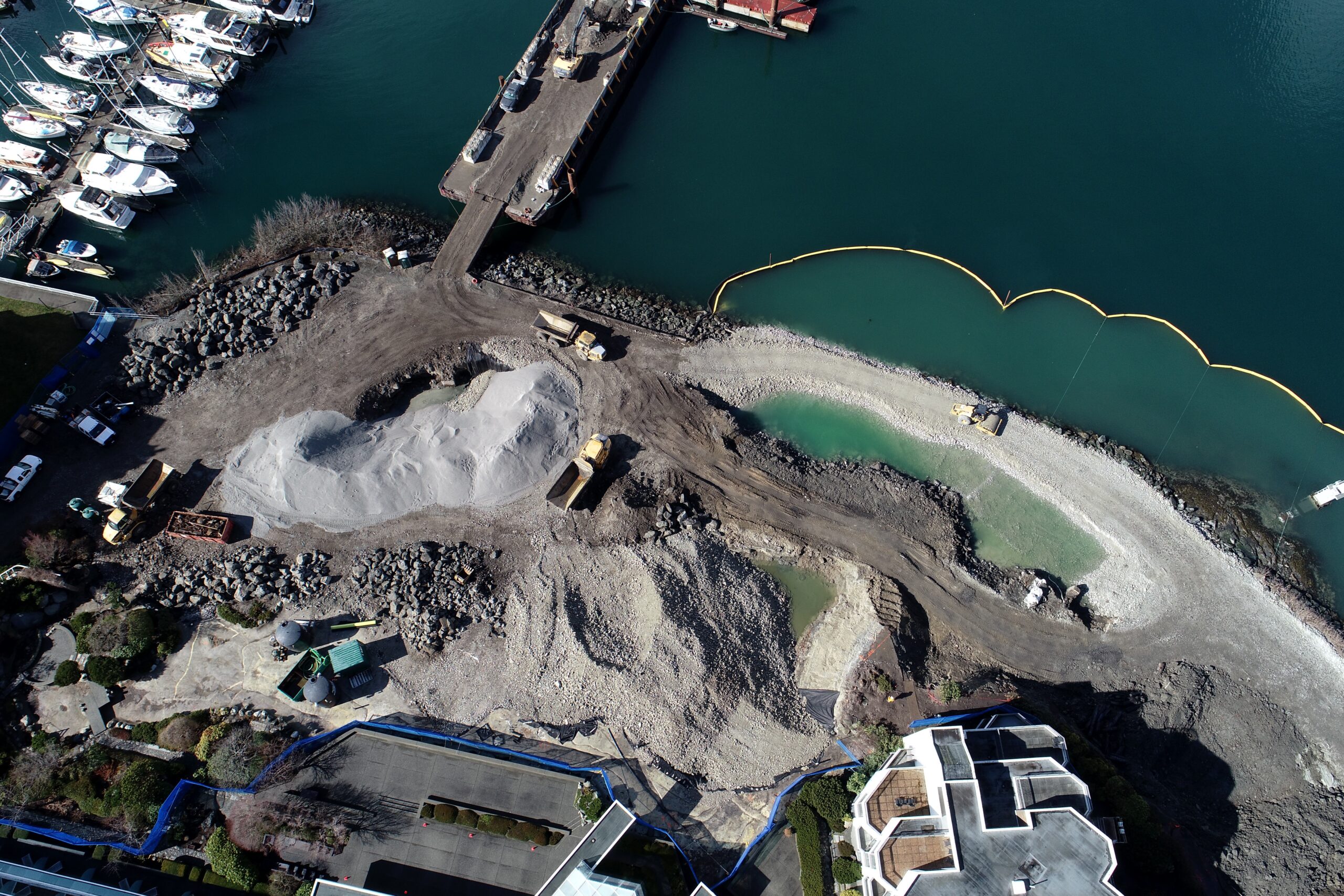 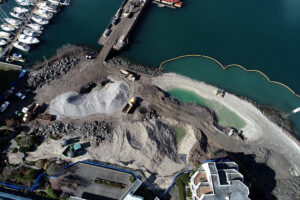