On August 3, 2005, a Canadian National (CN) freight train proceeding westward from Edmonton, Alberta, to Vancouver, British Columbia, derailed 43 cars near Wabamun, Alberta. Forty-three rail cars derailed, spilling Bunker C oil (heavy fuel oil) as well as toxic pole treating oil (PTO) into the lake. Approximately 700,000 litres of Bunker C and 88 000 litres of PTO were spilled, and within minutes of the derailment, much of the heavy oil had reached the lake and was spreading across the surface. 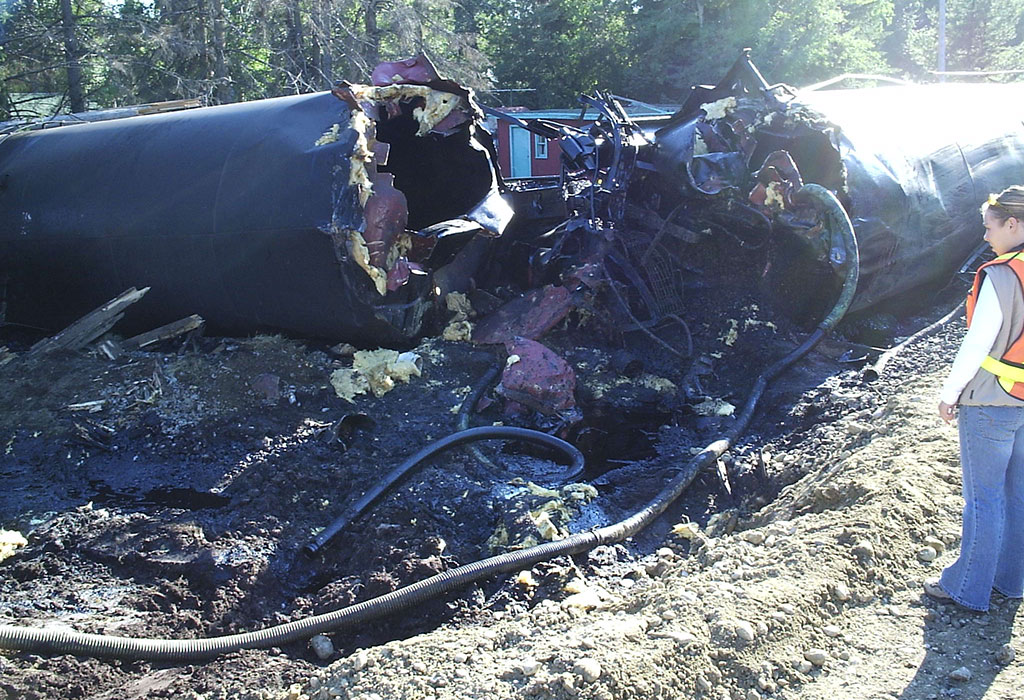 QM Environmental’s Emergency Response division was contacted to assist CN Rail in the containment and cleanup. QM was on site within hours to provide an external supply of crew, equipment and materials for emergency response, as well as subsequent hazardous materials abatement and soil remediation support.

QM initiated a command system for shoreline operations and identified the need for an overall management team that would coordinate land/water operations and develop a comprehensive plan to deal with delicate environmental issues.

Once the oil had been contained and the cleanup phase was ready to begin, both Abatement and Remediation teams from QM Environmental were brought in to assist with this project.

Abatement crews were in excess of 90 workers performing cleanup of the beach each day, many of whom were Indigenous peoples from the surrounding communities.

Remediation teams managed the transportation and disposal of the massive amounts of oil-contaminated materials removed from the site, as well as:

Wabamun Lake was one of the largest spill response incidents in Canadian history. QM was instrumental in ensuring that this operation ran smoothly and efficiently in a technically difficult environment.

The derailment revealed just how unprepared the province was for such a disaster. QM’s Emergency Response team was able to provide labour, equipment and materials to immediately respond to the incident, and to conduct subsequent ancillary services.

QM provided training and employment to several members of the local Indigenous community (Paul Band), and several of these workers remained employed with QM well after the spill cleanup concluded.

This project provides yet another example of how QM’s multiple divisions are able to provide a cradle-to-grave response to its clients. Our ability to seamlessly transition from multiple phases of an incident ensures continuity, cost savings, and allows our clients to return to normal operations quickly. 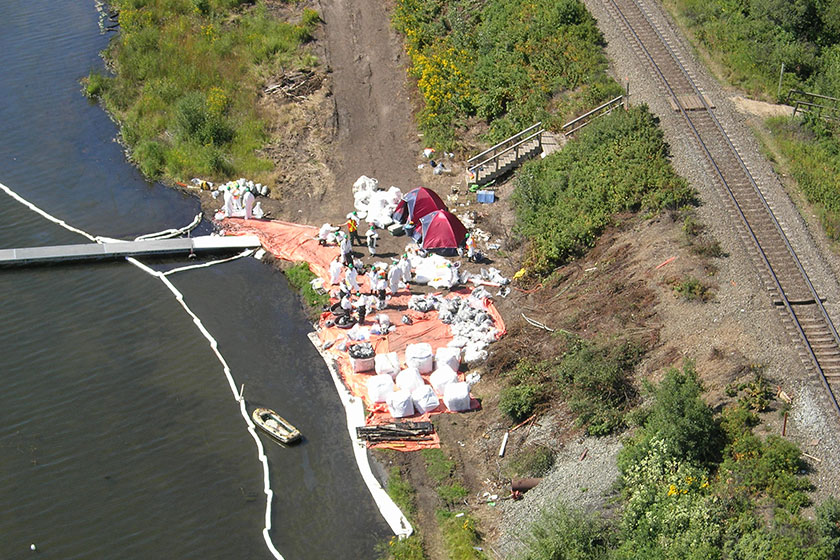